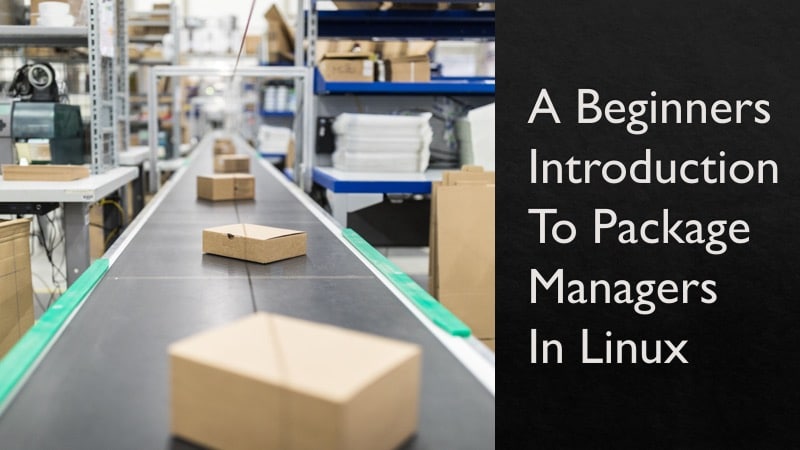 When I was a complete beginner and I needed to install something on my Ubuntu machine, I went online and typed in “How to install <software name> on Ubuntu” and it led me to a page with some commands which looked like this

I was just happy that I was able to type something in the Terminal and it actually worked! I did not pay much attention to what I actually typed in. I guess to beginners, it just feels like a magic spell to get something installed!

As time went on, so many of my google searches led to using very similar “apt” commands to install stuff. Then naturally I started learning more and more about what apt and yum are, what they exactly do and how they do it. This learning process I took, had me go through several books and some “official” hard to read documentations.

In this article, I have tried to explain the concept of package management from a beginner’s perspective so that you can understand the essence of things without going into too many technical details. Once you understand these basics, you should have a good understanding of the fundamentals and you will be able to use these commands with ease!

What are packages in a Linux System?

Let’s start with this most basic question. Linux OS is basically made up of 2 parts

These packages can be application software like text editors, word processors, etc. or they can be the GNU utilities like bash, cron, dd, etc., or they can be device drivers to talk to the hardware. Everything other than the kernel is a package in Linux.

Next, let’s have a brief look at what is included in these “Packages”

By keeping these components organized in a certain format, the entire process of installing, updating and uninstalling software can be automated.

Now that we have seen what packages are, let’s go ahead and look at the need for package managers.

During the early era of Linux, before we had these “package managers” installing software was a time-consuming process. The process goes something like this

But this process had a lot of problems as mentioned below.

Softwares have dependencies. Any software you install is built on top of other software and hence they are dependent on the base software to be present in the system for them to run on top of.

That’s just the nature of the Software world. It’s just easier to build on top of an existing system than to reinvent the wheel each and every time!

Practically any software will not just have one dependency, it can have tens and sometimes even hundreds of dependency packages. This posted a need for automating this process of downloading the dependencies along with the packages the end-user needs

This is the second problem that needs to be solved while installing software. If you noticed carefully sometimes when you are downloading software, there will be some hex-code named “md5” or “SHA” on the download page. For ubuntu downloads, the screenshot below (link) shows such a code

These are produced by first signing the packages using some keys and then putting them through a hashing algorithm. These can be thought of as signatures used to verify that

This means once downloading any package, you need to manually verify each package’s integrity before you go ahead and install them and verifying each package along with its dependent packages can become a time-consuming process. This is another area where smart automation can help.

Let’s say we decided to uninstall software since we don’t need it anymore so that we get more space in our hard disk to install more necessary packages. In the olden days, it meant manually going and deleting each of the binary and the dependencies. This can get cumbersome, especially if

This means deleting a dependency can result in some other software not working properly!

This again posted the need for a smart solution to keep track of software and its dependencies in the system!

Software developers come up with bug fixes and feature additions all the time and if you want the latest and greatest, you need to keep your system updated.

In olden days, updating package meant removing and reinstalling it, this basically means we have to jump through all the hoops mentioned above, using the latest version of the software to get things working again!

#5. The Getting Info Problem

In the days before package managers, if you need to know which version of a particular software you are running, you need to look at your own records as there was no built-in system to make note of these details.

Thankfully, lots of Linux developers chipped in to make this process of installing and managing software smoother than ever by writing these wonderful tools called Package managers!

Now that we have seen the needs in the olden days that gave rise to this invention of “Package managers”, let’s get back to the present and look at the functions of a present-day software manager in the next section!

Functions of a Package manager

Next, let’s go ahead and see how these “Packages” are organized to make the job of package managers easier.

RPM was very primitive as compared to dpkg such that it could not even resolve dependencies. leaving a lot of work to be done by the end-user. Then this problem was soon addressed and we got another layer on top of rpm known as YUM (stands for Yellowdog Updater Modified) which does more automation to make the life of the system administrator much easier.

Debian’s dpkg tool also evolved over time with layers like apt tools on top of it and that where the famous apt-get command was developed.

Hence these days the package manager software we use are usually multilevel ones, with dpkg and rpm being the lowest level and a level on top to manage these packages more efficiently.

Why there is no App store (like in Mac’s OSX and Windows 10) or an installation wizard (like in previous Windows versions) in Linux?

This is another common question that comes up often with beginners. Why there aren’t any GUI based alternatives to these command-line based package managers?

The answer to this question lies in the nature of businesses that are served by Linux. Linux dominates the server market. More than 95% of the servers are running Linux. Servers as such are professional machines and efficiency is the most important factor there, which means it needs to stay as lean as possible. So Graphical User interface is one of the very first things that are usually removed from these systems and almost all the interactions are done via the command line.

No GUI means no app store or installation wizards

In the Linux desktop arena though, things are slowly beginning to shift towards app store formats. Ubuntu has a software center and Fedora has a software window these days.

But the app collection is very limited in these stores because there are over a million Linux apps and only around one-tenth of them has support for a Graphical User Interface and the rest are designed to be used with the Command Line Interface. Hopefully in the future things will change and more GUI apps will be written to help Linux dominate the Desktop market too!

What are repositories? Repositories (or repos for short) are basically a place where verified packages are stored for easy retrieval by the Package management tools mentioned above. They can be online like the YUM repository or they can be on a local folder or a DVD where you have a special collection of software that you need.

Can you use yum on Ubuntu and other Debian based systems? Yes, you can, but in this case, you need to do the work that the repository does. In other words, you need to compile your own packages and there are not a lot of good reasons to be doing that!

The above answer applies to this next one too.

Can you use apt on Fedora and other RHEL based distros? Yes, you can, but in this case, you need to do the work that the repository does. In other words, you need to compile your own packages and there are not a lot of good reasons to be doing that!

You can email us or contact us through this link if you have any questions or suggestions.