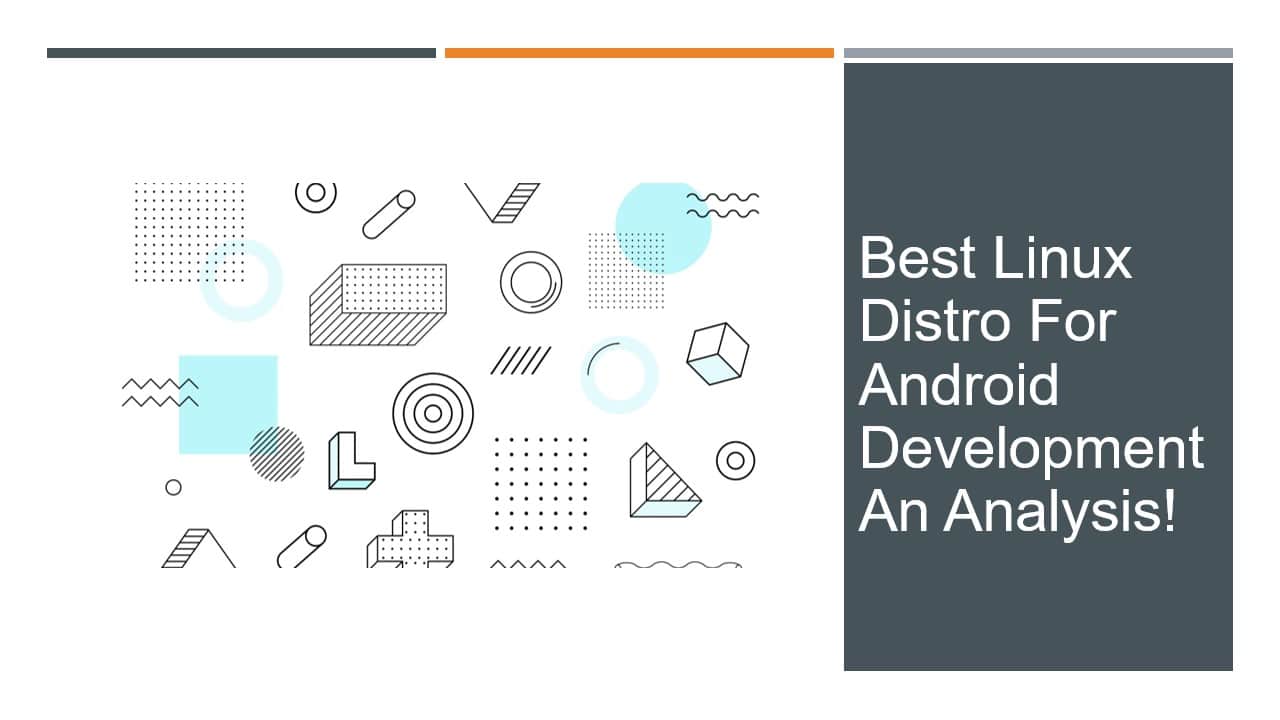 This article is for those of you who are Linux-users/Distro-hoppers/Android-developers who are trying to find the perfect distro to do their android development activities in. Android is built on top of the Linux kernel, which makes Linux the ideal Operating System to develop android in. This goes for both application development, custom ROM development and even kernel development. Let’ go ahead and explore what choice we have and analyze their differences in an attempt to choose the best Linux Distro for Android Development activities.

Let’s start by look at the short version of the answer for those of you in a hurry to start your Android development activities!

Runner up: Ubuntu and it’s variants

That is just the short version of the answer, let’s go ahead and look at the longer and more informative version and learn what were the factors considered, what other choices you have and see why BBQ Linux is chosen as the best distro for android development along with some valuable resources for getting started with your android development activities!

The setup programmers would need for coding will be radically different than the setup artists and video editors would need for content creation and editing! Hence some factors that are considered important for using Linux as a workstation depend upon the kind of work that you are planning to do with it.

If you plan to do all of your productive activities on your next Linux distro then I suggest reading the article I wrote recently given in the link below where I have analyzed and compared several options in order to figure out what is the best distro for workstation purposes.

In this article, we will be focussing on the needs of Android developers and let’s see what those needs are in the next section.

The Needs of an Android Developer

The basic tools needed for Android development include the following.

The above tools are all you need to start developing Android apps. But then they aren’t the only tools out there, as a professional android developer you are going to need so much more! Let’s have a look at some of the other tools that will help with your android development activities.

Other essential development tools which are common to all programmers are

These are just a small list of endless tools you may need to install and configure before you can start your development activities. Hence it is a good decision to waste less time and go ahead with a distro that comes in with all the tools you will ever need so that you don’t have to waste time and do everything manually wasting a good hour or 2 each time you need one of the above-mentioned tools!

Distro Choices That Match These Needs

Let’s take a look at the 3 most popular distros among android developers and see which one shines in what aspects in this section!

Ubuntu and its Derivatives

I am sure you did not come to this article expecting to see Ubuntu on the list! But there is a reason for it being here, among all the top distros, Ubuntu is the one giving some thought to moving into the smartphone arena with its Ubuntu phone. Because of that the android tools that are made available through the official Ubuntu repos are made to go through a rigorous testing process to make sure it will perform just the way we expect them to!

Also Ubuntu is a very popular distro you and is known for its stability, you can count on it to not break on you every once in a while, leading to endless hours of trying to fix your computer!

I am not a fan of Ubuntu’s Unity desktop environment, if you are someone like me, I suggest giving one of their flavors or derivatives a try like Kubuntu, Linux Mint, etc. You can read more about these flavors in my other article given below.

With that being said let’s look at some of the pros and cons of choosing ubuntu for your android development needs.

BBQ Linux is a distro focussed solely on Android development. It is made by an XDA developer and is based on Arch Linux. Here is an introduction snippet of BBQ from its humble website

BBQLinux is based on Arch Linux and is using a rolling release development model which means it is getting continually updated and upgraded. It will never be necessary to re-install a later release of BBQLinux. It is fully compatible with Arch Linux and is using the Arch package repos plus a BBQLinux specific one. The default desktop environment is “CINNAMON” but we’re also providing images with “MATE”, “GNOME”, “PLASMA” and “XFCE4”.

You can test BBQLinux without doing any modifications to your computer using our live media.

This distro comes with all the goodies you will need to start your android development so that you don’t have to waste too much time installing the required software packages on your Linux machine. You can find a complete list of packages that come as part of your download in this link

A screenshot of that link is shown below

As you can see BBQ Linux already has most of the tools you need like android SDK, android studio, etc,. setup and ready to go! It even ships with some manufacturer-specific tools like Heimdall!

Another distro made by an XDA developer, FWUL is meant to be targetted on android hobbyists rather than pro developers and as such FWUL comes bundled with all the cool tools and toys you will ever need if you wish to start hacking your phone in your free time!

FWUL stands for Forget Windows Use Linux, a fun name indeed and according to the creator the story behind the name was

FWUL … Why? .. and why this name?
The existence of FWUL has a simple reason. I wanted to have something where I were able to point users to when they came with issues on Windows because the most problems around were solvable when using Linux …

… and so the generic answer I gave those were exactly what FWUL means today. The only issue with Linux (even with Ubuntu, Mint and such) is that they do not include everything an Android user needs. You still have to issue commands to install and you have to make other adjustments like udev rules etc. Nothing a “normal” Windows user can do without guidelining.

That was the main reason why I started FWUL.. and because I had the above in mind FWUL is named like this.
easy right?

This one comes with all the tools an Android hobbyist will ever need to mod his/her phone. The screenshot below shows some of the included tools like SimpleADB, Heimdall, SALT, ROME, MiFlash etc. You can visit this link to see a full list of tools that come with this distro.

Some tools like SPI Flash tools, Sony Flash tools, etc. are not packaged with the distro in order to keep the distro lightweight and due to some licensing issues. To make it easier to install these tools the distro comes with simple installers prebuilt so that you can just double click and install these other tools! Thoughtful indeed by the developer behind the distro!

Now that we have seen 3 distros popular among the android developer community, let’s go ahead and choose one! As you have already read at the beginning of the article, my choice was BBQ Linux. Let’s look at the reasons why I think BBQ Linux is our best bet.

In short BBQ Linux comes with all the toys and goodies that you will ever need for your android development needs! Ubuntu is a close second place, and FWUL though a Linux distro focussed on Android, the target users are hobbyists and not professional developers and hence FWUL gets the third place!

Of course, you can make a good android development workstation with any distro of your choice, so if you are into that sorta thing then go ahead and do that, I am sure it will be a fun project!

Some Links You May Find Interesting

Best Android developer tools for getting started or levelling up your dev skills: a nice article by AndroidAutority