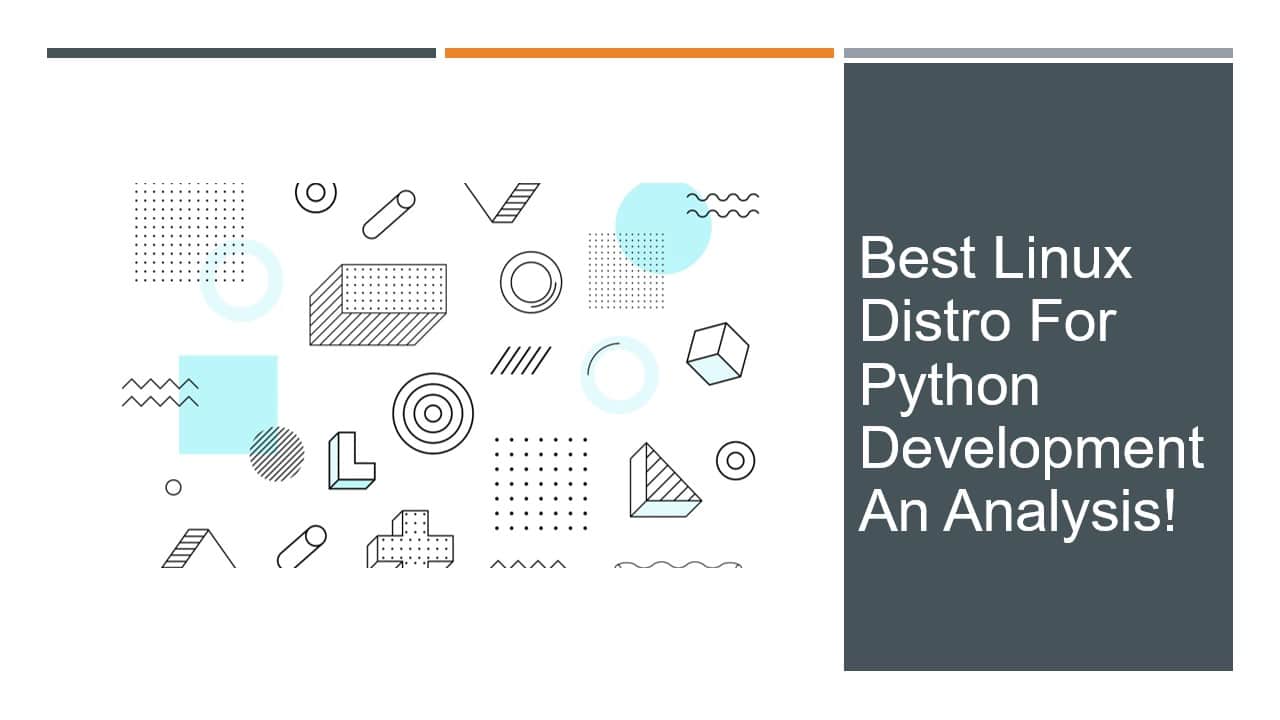 This article is for those of you who are Linux-users/Distro-hoppers who are trying to find the perfect distro to do Python programming in. Let’ go ahead and explore what choice we have and analyze their differences in an attempt to choose the best Linux Distro for Python Development activities.

Let’s start by look at the short version of the answer for those of you in a hurry to start your Python development activities!

That is just the short version of the answer, let’s go ahead and look at the longer and more informative version and learn what were the factors considered, what other choices you have and see why Ubuntu is chosen as the best distro for Python programmers along with some valuable resources for getting started with your Python programming quests!

Contents
1 The Short Answer
1.1 Winner: Ubuntu and its derivatives
1.2 Runner up: Fedora
2 The Analysis
3 The Needs of a Python Programmer
3.1 Basic Needs
3.2 Other Important Needs
4 The Distro Choices
4.1 Reason Ubuntu gets 1st place
4.2 Reason Fedora gets 2nd place
4.3 What about Arch and Family?
5 Conclusion
6 Related Articles

In this article, we will be focussing specifically on the needs of Python developers. Let’s see what those needs are in the next section.

The Needs of a Python Programmer

The basic needs of a python programmer include the following.

The Python Interpreter: The python interpreter helps to translate your python code to the language your operating system understands.

A Good Python IDE: To make your workflow more efficient you will need an IDE like Spyder or Pycharm.

Other Python packages: Depending upon the work you do, you may need different packages like Django, Tensorflow, etc.

The above needs can be fulfilled by all of the Linux distros as Python is just a programming language and Linux is a major operating system, as such Linux has all the capabilities needed inbuilt to run Python code! All you need to do is to ensure you have the necessary versions of python installed in your distro. One distro is not going to be better than another in terms of how good it executes any given python code as these distros are going to be using the same Linux OS underneath anyways.

But then we are interested in professional development, and hence we need the latest python version available as soon as it is released so that we can test out our code with these latest versions. Usually, the official repo’s of most recent distributions will be behind the latest python release, but we can always download and install the latest versions straight from the python official website and try them out through the virtual-env package! So this is another need that is not a decision making factor for us while choosing a distro!

That leaves us with one factor that we really need to consider before choosing a distro for python!

Official support for our favorite python IDEs and Toolchains

If your python app is supposed to be run from a server or a cloud, then since most of the servers are running RHEL, it makes sense that you use Fedora do develop your app. As a bonus, you get to work with some experimental features months and sometimes even years before you get them in Debian based distros like Ubuntu!

If you already in love with the distro you are using then there is no reason in switching just for python development. If you are a beginner to the Linux world then go with Ubuntu or one of its flavors or Linux mint. If you have been around the Linux field for a while and you want to switch from the Debian family of distros like Ubuntu or Mint, then try out Fedora or Cent OS from the RedHat family for your python development.