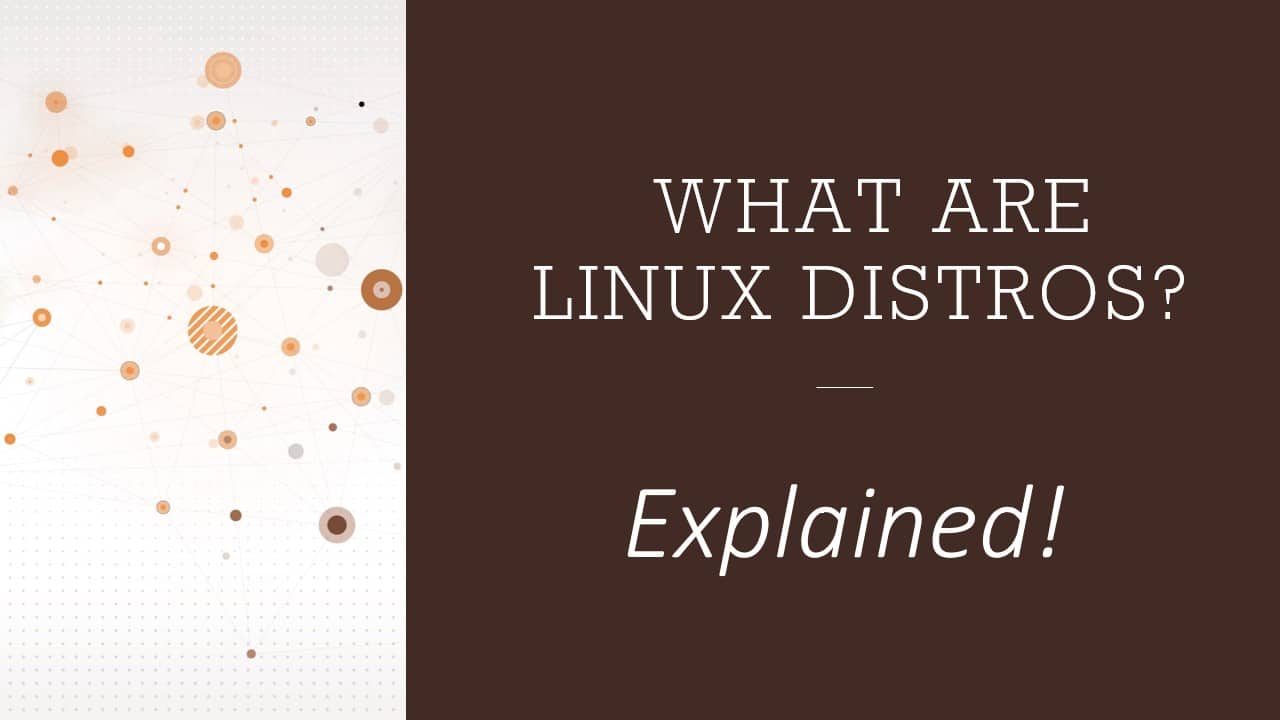 If you are new to the Linux world, you might come across the term “Distros” all the time, and you may be wondering about the meaning and the reason behind the coining of this terminology “Linux Distros”.

In this article let us go ahead and learn more about these magic words “Linux Distros“. For those of you in a hurry here is the short version of the answer.

The Short Version Of the Answer

What is Linux Distro? “Linux Distro” is short for Linux Distribution, a package of the Linux Kernel, drivers, GNU utilities, and other necessary application software, which can be installed as an operating system on a given computer.

But this is just the short version of the answer. If you do not understand what was said above, then read on for a longer and more informative answer, after the 5 minutes you spend reading this article come back to this “short answer” again and you should be able to understand everything perfectly!

Let us start with a little bit of a story about how Linux came into existence.

Before Linux, Windows, and Mac came into existence, there was an operating system named Unix which was developed at Bell Labs in AT&T. (The same place where C Programming Language was developed!) But AT&T was not allowed to sell this Operating System as they were a huge company back then in the Telecom industry and the U.S government wanted to make sure a monopoly doesn’t form in the computing industry. So instead of selling Unix, AT&T decided to license its source code to Universities and other companies for a fee.

The Age of Distributions

The word Distro is short for “Distribution“, which was one of the first problems faced by the GNU/Linux operating system.

As a large majority of people who wanted to use this Free software (Free as in Freedom and not Free lunch!) were newbies, the software was prebuilt to compile on the famous processor architectures and was distributed as images so that the end-user can skip the hard steps of the compilation of source code and building the OS themselves.

They also made sure that the source code was available for download online so that the user’s freedoms are preserved.

Since the source code is open for everyone to see, large communities started evolving to bring together Operating Systems suited towards more specific needs/goals.

Say a community of people just wanted to browse the internet with their computers, then there is no point giving them the software to write programs in.

Thus since every community’s needs and goals were different these communities started distributing built images of this operating system with all the essential tools installed.

Thus the age of Distros began!

The goals we saw above is not the only differentiating factor between distributions. Let’s go ahead and see some of the other factors at play in the next section.

Some of the factors that differentiate these distros include the following

The above list is not a comprehensive one. To keep it brief I have just mentioned the important factors. But as we know people’s needs/goals can be different due to numerous factors and that’s the reason behind the existence of so many Linux Distros.

Example Use cases for which Linux Distros have been developed

If any of these categories interest you, you can click on the links to read more about the articles on distros that have been specifically made for these use cases.

We have analyzed so many other uses cases that Linux distros are specifically made for and have listed the best ones for each individual use case, you can read more here

If you are interested in learning more about Linux, be sure to check out our step by step plan to master Linux here.

If you haven’t already, you can go ahead to distrowatch.org to see a complete list of Linux distros, both active and deprecated.

What Is The Best Linux Distro? Analysis & Comparison..!!