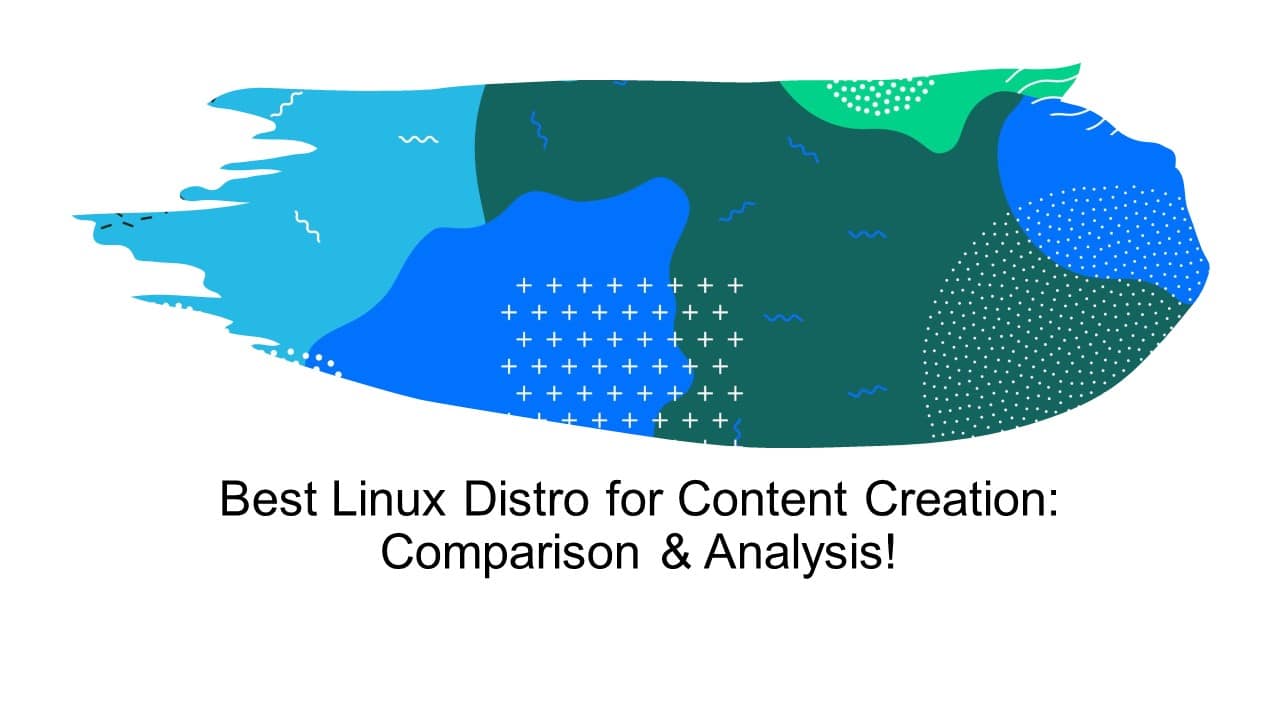 This article is for content creators looking to switch to Linux and are in the process of selecting the best distro to install in their machines. Let’ go ahead and explore what choice we have and analyze their differences in an attempt to choose the best Linux Distro for Content Creation!

Let us start by look at the short version of the answer for those of you in a hurry to start your Content Creation Quests!

That is just the short version of the answer, let’s go ahead and look at the longer and more informative version and learn what were the factors considered, what other choices you have and see why the above distros are chosen as the best for content creation along with some valuable resources for getting started with your Linux quest!

If you plan to do all of your productive activities over on your next Linux distro then we suggest reading the article we wrote recently given in the link below where we have analyzed and compared several options in order to figure out what is the best distro for workstation purposes.

Let’s start our analysis by looking at the typical activities content creators need to do on their Linux machines.

Typical work done by Content Creators on their computers

To do all the work mentioned above, the distro you choose must satisfy the following needs

Needs to be fulfilled by your distro

Since graphics card manufacturers usually give out closed-source/proprietary driver software, they are not very popular in the Linux community! There are many distros which do not have official support for such closed-source/proprietary drivers due to the philosophical conflicts. If you don’t mind using proprietary software, then it is a good idea to go with a distro which officially supports the graphics card you have.

Regarding software such as video editing and audio recording, Linux comes with a wide variety of apps to help content creators and does not lag too much behind the other operating systems! This is all thanks to software such as OBS studio and Da Vinci Resolve! Other famous software in Linux that might be of interest to you are the following

Good apps for Audio recording and processing in Linux

Good apps for Video recording and processing in Linux

Now that we have seen some of the popular apps in Linux that help in content creation, let’s next go ahead and look at our distro options.

There are 2 good options here for you to try out

Let’s have a look at both these distros briefly

Ubuntu Studio is basically Ubuntu bundled with a lot of apps targeting creative people. According to their official website

Ubuntu Studio is a free and open source operating system, and an official flavor of Ubuntu. Ubuntu Studio is the most widely used multimedia-orientated operating system in the world. It comes preinstalled with a selection of the most common free multimedia applications available, and is configured for best performance for various purposes: Audio, Graphics, Video, Photography and Publishing.

This project is being developed by the community to provide the world with an operating system configured out of the box for multimedia content creation applications. This kind of an out of the box solution is only possible in the world of Linux! On any other Operating System, you are going to need to install the basic version and get all the apps one by one, pay for some of those and install them on your machine before you can start creating content! Go Linux!!

Ubuntu Studio is aimed to be a multi-purpose distro for content creation. This distro has apps pre-bundled in the following categories

You can check out the official website for more details about this distro.

AV Linux stands for Audio Video Linux. This distro is based on Debian (the parent distro of Ubuntu) but it is highly customized and optimized to make it best for use in an “audio and video content creation workstation”

The author of this distro Glen MacArthur made AV Linux for personal use and decided to make it available for the public through his website.

The latest version of this distro has these features which are not found on any other distro for multimedia production.

You can read more about this distro on its official website

Now that we have looked at the 2 best distros for Content Creation, their pros and cons, let’s next go ahead and look at the results of our Analysis!

Ubuntu Studio is chosen as the overall best because

AV Linux is chosen as the best for performance because of the use of customized Linux kernel which focusses on CPU performance and low latency audio recording!

Beginners are going to need online support at some point during their initial period no matter what distro they are choosing. Ubuntu has the largest online community and hence Ubuntu Studio is chosen as the best distro for beginners to Linux who are into content creation!

To conclude, we would like to stress the point that we have no personal connection with any of these distros and we have tried our best to be unbiased throughout this article!!

Here are some of our other articles that might interest you!